The Hough Uprising occurred in the summer of 1966. Hough was selected because the event is considered the most significant urban uprising in Cleveland, in reaction to substandard housing, criminal injustice, and the lack of public accommodation.

The Hough Uprising occurred in the summer of 1966. It is said to have been the result of a dispute in a café at E. 79th and Hough Avenue. Whatever the case, days of vandalism, looting, arson, and gun violence, stemming from years of racial tension and discrimination against Black residents, resulted.

Five days of violence ended with four people dead, 50 injured, and 275 arrested. The event made a lasting impact on the city.

The Hough Uprising was rooted in both long-term and more immediate factors. As the Civil Rights Movement played out in the South, Rev. Dr. Martin Luther King, Jr. came to Cleveland during the 1963 Birmingham Campaign to raise bail money for protestors arrested by Bull Connor, the Commissioner of Public Safety in Birmingham. While here, he discovered that conditions in the North presented different challenges. Blacks, who moved to Northern cities during and after WWI and WWII, were forced to live in segregated racial neighborhoods due to restrictive housing covenants. During this early transition, some Black neighborhoods in Cleveland thrived, consisting of homeownership, Black-owned businesses, churches, as well as civic organizations and clubs; however, over time, many of these areas soon became communities of poverty and the residents experienced depreciating home values, inadequate housing, and lack of access to a quality education, which were largely due to institutionalized racial practices and political indifference. During the 1950s, middle-class Whites moved out of Hough as working-class Blacks moved into the community.

By the late 1960s, Hough’s population was comprised mostly of Black Americans. Hough’s problems were directly related to White flight, mortgage redlining by banks, poor housing, deed restrictions, and threats of violence to Black families who dared to move into White neighborhoods. The obstacles Blacks faced attempting to relocate into White neighborhoods due to these restrictions did not help to mitigate their already oppressed living conditions. For example, Hough and the adjoining Glenville community became overcrowded with multiple families living in single-family homes. Sanitation suffered, buildings became dilapidated, schools were inferior and congested, and businesses in the areas continued to be run by White owners who charged predatory prices for goods to a population trapped by poverty and lack of transportation. Police used repressive tactics to control the population.

In June 1966, tension flared between Whites and Blacks in and around Sowinski Park, as well as the Sowinski and Hough neighborhoods. The Jomo Freedom Kenyatta House (J. F. K.), located at 8801 Superior Avenue, was a Black youth center organized by activists Lewis Robinson, Harllel Jones, and Albert Ware. Superior Avenue was the border where most of the disturbances took place. Local newspapers consistently and wrongly blamed the rising tensions solely on the J. F. K. House and its leaders. There was violence and counterviolence from both white and black youths.

On Monday, July 18, 1966, a series of incidents at a bar on the southeast corner of Hough Avenue and E. 79th Street, named the Seventy-Niners Café, provided the immediate spark for the uprising. Two brothers, Abe and Dave Feigenbaum, owned the bar. Accounts vary concerning the events that may have resulted in an angry crowd gathering outside the bar that evening. One story was that a Black patron had been refused a glass of water, who later returned and posted a sign outside the bar saying “No Water for Niggers” to make known his outrage over the owners refusal to serve him water. Not long after the angry crowd gathered outside the bar, the Feigenbaum brothers arrived and appeared outside brandishing a rifle and pistol to threaten the crowd; however, the crowd was unafraid. Seeing they were outnumbered, the brothers retreated back to the bar. The angry crowd responded by throwing rocks and other projectile at the business. Though police were called, they did not arrive until the crowd had grown large and irritated. The already incensed crowd, which was further inflamed by the shooting death of Joyce Arnett likely by the police, set off widespread firebombing of businesses, looting, and arson. Many businesses where the owners were perceived as fair to African American patrons were spared during the uprising.

Over the next four days four African Americans—Joyce Arnett, Percy Giles, Samuel Winchester, and Benoris Toney—were killed by gunfire: two most likely from police bullets and two from White vigilantes. Scores of other African American citizens, including women and children, were injured, some severely, by police violence and gunfire. Despite reports by the police of the widespread threat of snipers, no police officer was wounded by gunfire. Mayor Ralph Locher called up the Ohio National Guard on Tuesday night, July 19 to quell the uprising. Two days later the unrest subsided. As a result, “roughly 30 were injured…close to 300 were arrested.” An estimated $1 to 2 million in property damages resulted from the fires started during the uprising.

The investigations examining the causes of the Hough Uprising were mixed. The official Grand Jury, led by former Cleveland Press editor Louis Seltzer, pinned the blame on the J. F. K. House leaders and Communist agitators. The Grand Jury maintained that “the outbreak of lawlessness and disorder was both organized, precipitated, and exploited by a relatively small group of trained and disciplined professionals at this business.” Despite the accusations, none of the so-called militant leaders were indicted, casting public doubt on the Grand Jury’s conclusions. So unhappy were many residents of the area with the official report that a group, led by future Congressman Louis Stokes, held a Citizens’ Grand Jury. This group concluded that the uprising was due to the appalling living conditions, official neglect, and rampant police abuse and disrespect for the community.

Given the acceptance of the Grand Jury’s explanation for the causes of the unrest by the political leaders of the city, it was not difficult to have forecast that the true underlying causes—racism and poverty—were not addressed by City of Cleveland in the aftermath of the uprising. Two years later, the Glenville shootout in the adjacent neighborhood demonstrated that conditions had not improved but had further deteriorated. The failure to learn the lessons of the Hough Uprising, though, did not sideline attempts at reform. The civil unrest spurred many in the White community, including business leaders, to back the campaign of Carl Stokes for mayor. Stokes became the first elected African American mayor of a major U. S. city in November 1967. It also led to redevelopment of the Hough neighborhood under community leadership, including the Hough Area Development Corporation and Councilwoman Fannie Lewis. This economic development resulted in the creation of Lexington Village, Beacon Place, Renaissance Village, and Church Square.

Months later, when Dr. Martin Luther King Jr. was assassinated in Memphis, Tennessee, a renewed cycle of race-based violence engulfed the nation and was one of the moving causes of the Glenville shootout in July 1968. The Hough Uprising is still a reminder today that Cleveland’s poverty level remains unacceptably high and that the twin issues of racism and poverty continue to plague the city’s legacy.

Riot or an uprising?

Politicians, journalists, academics, and even participants have long used the term “riot” to describe what occurred in Hough and in other Black communities since the 1960s. But “riot” has long insinuated chaos, hooliganism, irrationality, and apolitical violence. Fifty years removed from 1960s urban uprisings, scholars have argued in favor of  using “uprising” or “rebellion” to describe the events. After all, well-over 2,000 so-called “riots” occurred between 1964 and 1972. These events were diverse in nature. They broke out in large and mid-size cities and communities with less than 50,000 people. Around 200 uprisings transpired in Mexican American and Puerto Rican communities, some of which became multiracial when Black residents rebelled alongside them. The sheer frequency of these incidents constituted what historian Elizabeth Hinton referred to as a “sustained insurgency.”

Furthermore, 1960s urban uprisings have been mischaracterized as aberrations in American race relations, when most racial violence up until then had been White-on-Black. Cleveland experienced what historian Arnold Hirsch coined as “hidden violence,” which referenced incidents of racial violence spearheaded by Whites in response to integration in the 1940s and 1950s. The uprisings of the 1960s did not mark a radical shift from historical trends. Lastly, rather than being seen as calamities, uprisings often led to Black empowerment and increased representation in political power.

Unfortunately, city officials’ unwillingness to understand what caused the violence and how to properly address problems contributed to a continuous cycle of urban unrest. Cleveland has not experienced a large-scale uprising since the 1968 Glenville Tragedy, but the issues that contributed to Hough and Glenville still exist.

Born and raised in Cleveland, Ohio, Elliott took the civil service exam, and ended up at the Ohio Department of Labor where she worked for 30 years in its employment service division. After the uprisings in Hough and Glenville (most commonly known as the Hough Riots), she was tasked with finding employment opportunities for the men and women in Hough and adopted a Black Nationalist nickname. In this interview, she discusses her upbringing, her experiences in Hough, recounts stories of domestic workers who cleaned housing for white families in affluent suburbs, and how she started her own company where she has worked with hundreds of unemployed workers and ex-convicts to find gainful employment. 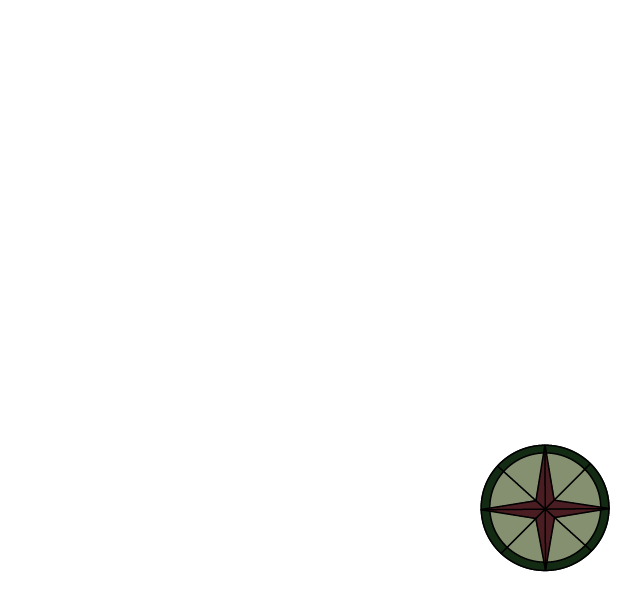